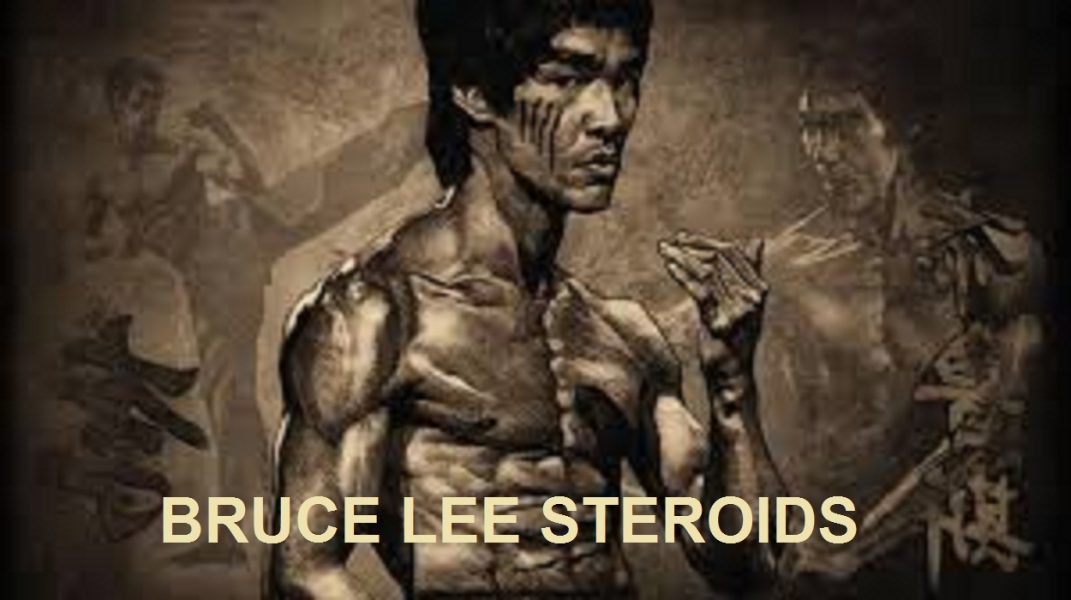 The idea that Bruce Lee used steroids is blasphemy in some circles. Bruce Lee is regarded as this saintly figure who probably never even smoked a joint in his life, let alone used steroids to maintain his amazing physique. Furthermore, his lean appearance flies in the face of everything we think we know about steroids.

Here are some points to consider, however: many athletes maintain a lean, slim physique with steroids. Depending on what you’re taking, steroids are really only there to improve the effectiveness of your diet and exercise. If you’re not lifting huge weights and eating something like steak and pasta twice a day as Mike Tyson did, then you’re probably not going to get big, with or without steroids.

Some who knew him or who has done extensive research on his life claim that Bruce Lee did use steroids at times, but there is no evidence to prove this one way or another. All we can do is look at the results he got and speculate as to whether or not it points to steroid use.

A key piece of evidence here: his lats. When Bruce flexed them, he looked just like a cobra about to strike. He looked almost like a flying squirrel, extending those lats like a pair of wings. Can you get muscles like that without steroids? It’s possible. How many other people out there have lats like Bruce Lee’s? Almost none.

Let’s consider that steroids in Bruce Lee’s day were actually not seen to be harmful, and were totally legal. The question is: why wouldn’t he have at least experimented with steroids? Given that Bruce Lee was always working at himself and trying to find better ways of doing things, it’s hard to imagine that he wouldn’t have at least done a couple of steroid cycles to see how it affected him.

Although the better-known book on Bruce Lee’s routine was The Tao of Jeet Kune Do, it should be noted that this book was published posthumously compiled from a series of disorganized notes he had laying around. A much more concise, and useful book, would be The Art Of Expressing The Human Body.

The Art Of Expressing The Human Body was based on notes written by Bruce Lee, and information and interviews with his friends, family, and students. The book contains in-depth studies into the Bruce Lee diet, how he developed workout routines, and how he implemented them. A useful section relates to his 20-minute strength and shape routine, which he could squeeze in when pressed for time while traveling and so on.
We often forget just what a pioneer Bruce Lee was in strength training. Today we have the Internet and thousands of books and videos resulting from the fitness boom we saw in the late 70s and through the 80s. When Bruce Lee was hitting the weights, all he really had to go on was articles he’d collected from fitness magazines, and anecdotal evidence shared by fellow athletes.

Bruce Lee was not only an athlete, he was a researcher. Some people don’t want to hear about Bruce Lee’s steroid use, but think about it for a moment: steroids didn’t have the stigma attached to them that they do today, and they were legal. Why wouldn’t he have at least experimented with steroids in developing his amazing physique?

The only reason he might not have used steroids would be because he prioritized speed and agility, which would demand that he kept his physique relatively tight and lean. But, it’s not hard to find martial artists online who use steroids without packing on mass. Isn’t that why people use Winstrol? Again, steroids are not magic. They don’t just “make you bigger” unless your diet and routine already encourage bulk. Check out the best bulking cycles here.

When people talk about Bruce Lee genetics always come into the discussion, but this would almost seem to dismiss just how hard Bruce worked at his body. Some people are born with luckier genes than others, but Bruce Lee was hardly one of Professor Xavier’s Gifted Youngsters. He had great bone structure, but more than that, he worked his butt off.

We should take a moment to dispel some of the misunderstandings surrounding Bruce Lee’s death. Dragon: The Bruce Lee Story plays up the supposed “mystery” of Bruce Lee’s untimely passing, but the truth is disappointingly mundane. Bruce Lee had a serious headache in late July 1973 and was prescribed Equagesic, a strong painkiller. Shortly after, he lapsed into a coma, having had an allergic reaction to an ingredient in the drug.
The exact cause of Bruce Lee’s death was swelling of the brain due to an excess of cerebrospinal fluid. Not a very interesting, exciting, or mysterious way to go, right? Maybe that’s why people cling to legends and rumors. In any event, even if Bruce Lee used steroids, it’s nearly impossible that they could have played any part in his death.

If we’re going with the assumption that Bruce Lee did not regularly use Dianabol or Testosterone, which were readily available at the time, it’s most likely that he would have at least experimented with them, and then stopped using them after seeing their effects.

For Bruce Lee real competition was a major motivator. He was known for his cocky attitude and determination. If there was a new horizon in fitness, he would have pursued it.

A dream match is Mike Tyson vs Bruce Lee. Tyson has one of the best chins in the history of fighting, and likely could have withstood more from Bruce Lee than most opponents, but remember that Bruce Lee punched so quickly that the camera speed had to be adjusted on enter the Dragon to capture his moves. People also wonder if Mike Tyson used steroids as well.

With Bruce Lee’s prioritization of speed, the alertness and energy provided by testosterone may have even been helpful. The truth is that we just can’t know if there was ever a Bruce Lee steroids program, but we shouldn’t be so quick to dismiss the idea that he might have. Steroids don’t make you big unless you want to be big, and they could well play a part in a workout routine that aims for a Bruce Lee-like physique.