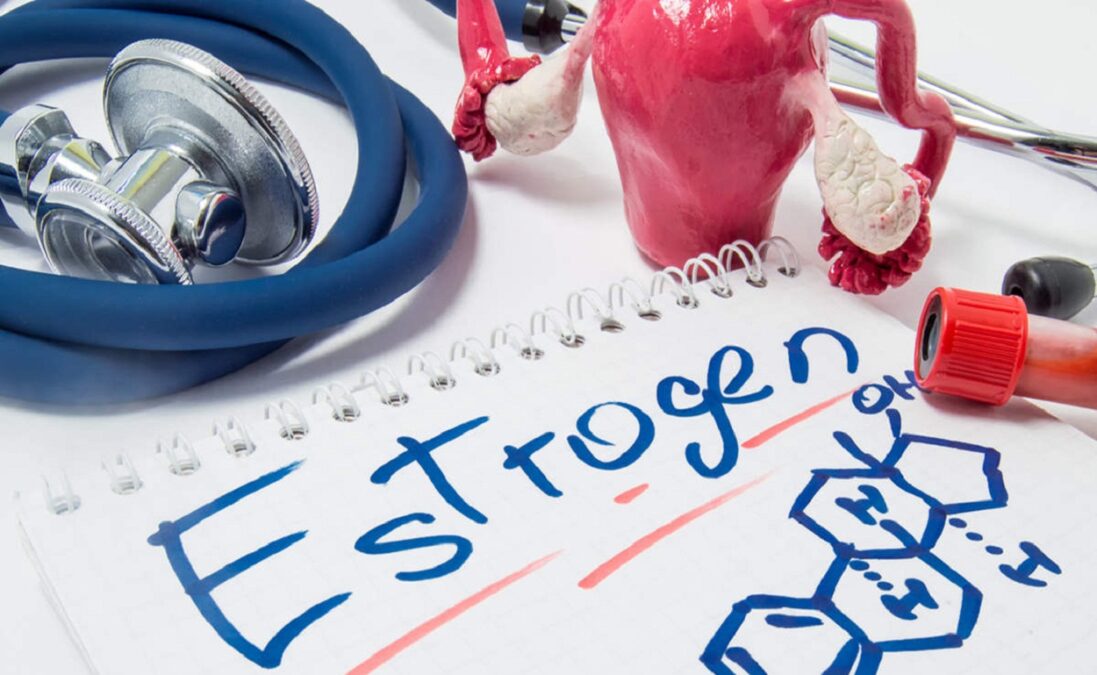 Estrogen is typically the scourge of all middle-aged men because it leads to a pot belly, pushing lighter weights in the gym, and believe it or not, the sexual desire that you used to have as a teenager seems to be in the distant past.

The commonly identified culprit is usually testosterone because levels start to drop the more you age.  This may come as a surprise to you but recent studies have suggested a different theory. Estrogen, which is the main female sex hormone, as it turns out, plays a much bigger role in the male body than previously thought, and it is possible that falling levels can be contributors to the expanding waistlines, just like in the case of women.

According to Dr. Peter J Snyder, a professor of medicine at the University of Pennsylvania, the discovery of the role of estrogen inside the male body is “a major advance”.

Snyder is currently leading a new project focusing on hormone therapy for men over the age of 65.

According to him, until recently, testosterone deficiency was considered the “sole reason” that men may undergo the often too familiar complaints that accompany midlife.

This new research involves trying to figure out exactly which hormone plays what part in men, and how the male body reacts to different hormonal levels.

It is widely agreed that dwindling testosterone levels are responsible for smaller muscles, but falling levels of estrogen are responsible for the accumulation of body fat, according to a recent study published in the New England Journal of Medicine.

This is probably the most conclusive evidence as yet, that estrogen plays a major role in the male midlife crisis.  Both testosterone and estrogen are required for maintaining a healthy libido.

Snyder claims that his new study will hopefully be the start of what many in the medical professional field hope for, and that is to gain a new and fresh understanding of testosterone and estrogen within men.

Furthermore, Snyder is also involved with a parallel study involving a “testosterone trial”, in which he aims to measure levels of both hormones to try and establish whether testosterone treatment can really make older men, who are suffering from low T levels, feel younger and more vigorous, with an improved sexual function, as well as memory, the strengthening of their bones and muscle mass.

Although many studies have been carried out on this subject matter, they have proved to be futile because estrogen has never been factored in.

According to Dr. Alvin M Mansumoto, who is a testosterone and geriatrics researcher at the University Of Washington School Of Medicine, estrogen has been ignored as an important hormone within the male body until now…, “We are just starting out on this road”.

Estrogen Is Important For Men As Well As Women

It is true that both men and women produce estrogen from testosterone, but men produce bigger quantities, where they eventually end up with at least twice as much estrogen as their female counterparts.

With age, both hormones will decline and the body will change accordingly. Until now, researchers have mainly focused on how testosterone affects men, and how estrogen affects women.

Much newer studies are providing blueprints for looking at the functions of and behavioral patterns at various levels.

It has been suggested that different symptoms usually “kick in” at different levels of testosterone deficiency.

There is no doubt that testosterone is the “God” of muscle tone and lean body mass.  But according to some medical professionals, testosterone reliance is less than what was previously thought in order to maintain the muscles.

The typical young man would require 550ng of testosterone per deciliter of blood serum, and this is considered to be “the average level”.

Doctors normally considered levels below the 300ng mark to be too low and would require treatment, commonly in the form of testosterone gel is or testosterone boosters.

In addition, some doctors believe muscle strength and size are usually unaffected until testosterone drops to dangerously low levels, typically below 200ng.

This is when fat accumulation begins to take effect. When testosterone levels are between 300-350ng, estrogen levels will begin to sink rapidly.

In regards to sexual desire and performance, the body requires both testosterone and estrogen.

But researchers have suggested that it may be too early to reach any concrete conclusions because nobody is suggesting that men should take estrogen, as some men know from experience that high levels of estrogen will induce feminine features like enlarged breasts.

It is becoming common for doctors to prescribe testosterone gels for men whose testosterone levels begin to drop below the 300ng/dL, but this “cut-off point” is largely arbitrary because according to some professionals, there is no clinical rationale behind this.

According to Dr. Snyder, men often undergo hormone replacement therapies to treat symptoms such as fatigue, loss of sexual desire which may be or may not be a result of low testosterone.

According to recent data men whose testosterone levels are around the 300ng mark and who complain about sexual problems as well as muscle and strength loss may benefit from using one of the many testosterone boosting supplements that are available today. To learn more about natural testosterone boosters, please click here.

Today, millions of men use testosterone gels, which helps to fuel a $2 billion (and counting) market.

As part of a recent study, 400 men between the ages of 20 and 50 agreed to have their testosterone production mechanism turned off for a period of 16 weeks.

The expected effects of low testosterone became evident very soon after the shutdown. These volunteers experienced weakness in the muscles, a lack of strength, depleting muscle mass, and low sex drive amongst other things.

After the 16 week period, half of these men received various quantities of testosterone. And again, and this resulted in the expected improvements of the mentioned symptoms. Whilst the other half received a drug that effectively shut off estrogen synthesis.

This was done so that the researchers could fully assess the effects of testosterone without the presence of estrogen.

We presented the results to Dr. Snyder, and his response was “I am not disputing the results of the mentioned study, but I would like to emphasize that a lot more research and understanding is needed to fully establish the effects of estrogen deficiency within males”.

He goes on to emphasize that his latest study will go some way towards establishing this new understanding of the relationship between testosterone and estrogen within the male body.

And to finish off, Dr. Matsumoto states “we still don’t know the answers to the clinical questions…

Does it prevent things that are really important?”, when asked about the correlation between the two hormones.

Our Conclusion On Estrogen

To conclude, regardless of what Dr. Snyder propagates in relation to estrogen and its function within the male body, our understanding of testosterone on its own is sufficient enough to recognize the importance of its upkeep using various methods such as hormone replacement therapies and natural testosterone boosters. We advise our readers who may be suffering from low testosterone to opt for the latter option.

We will love to read your feedback in regards to this article. Please leave your comments below.