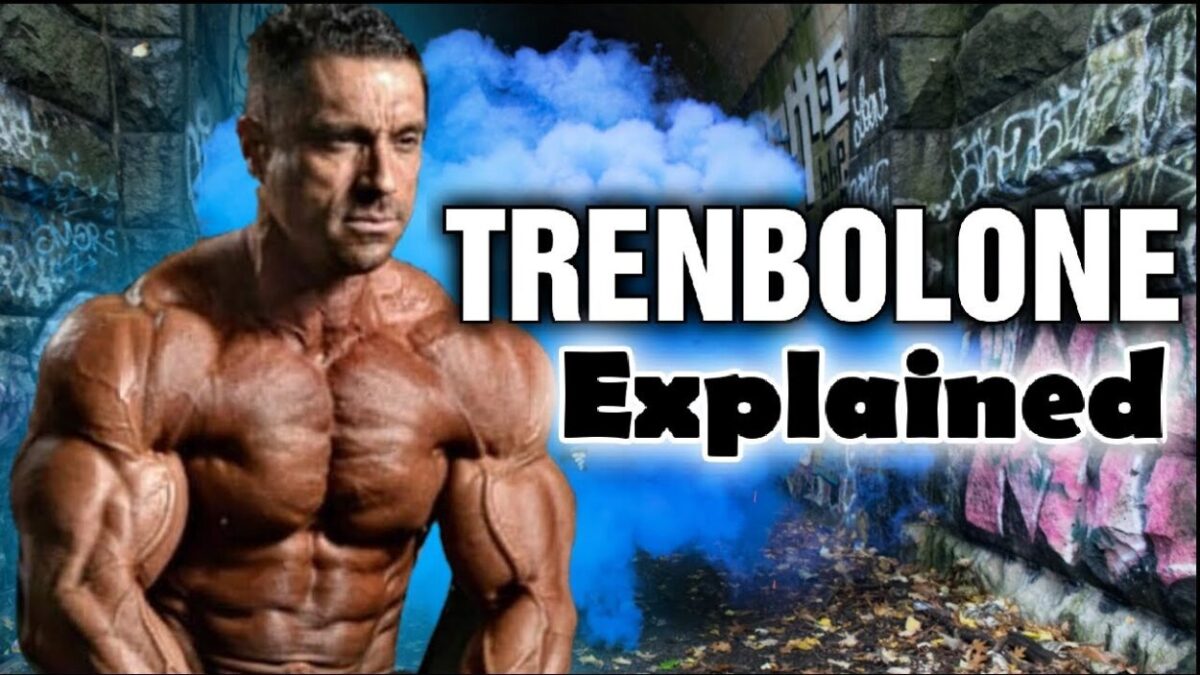 It’s one of the most popular and potent anabolic steroids.

The steroid’s strength is its ability to affect a variety of bodily states.

Through its strong androgenic properties; it’s an effective mass builder and has joint-healing and fat-burning benefits.

Yet, as with all steroids, Trenbolone use invites dangerous side effects on the user. These side effects include the usual side effects you see from steroid use including a reduction in the natural production of testosterone.

Trenbolone users, or anyone on a steroid cycle, may consider testosterone supplements in their Trenbolone Stacks.  Buy Trenorol online here.

Trenbolone’s ability to create androgens that bind with receptors at a high rate is at the root of its muscle-building power.

Trenbolone stacks cause a high rate of protein synthesis in users, which gives the body greater efficiency in recovery from muscle breakdown.

The steroid’s androgenic activity initiates an increase in sensitivity to various growth factor hormones in humans.

These growth factors not only help build size and strength, but they also increase the healing factor in joints and ligaments and help reduce fat.

To use it safely and effectively it is important to stack Trenbolone with some form of Testosterone throughout the cycle.

Trenbolone Acetate was the first created and is now primarily used as a veterinary supplement to help animals take in nutrients more efficiently and grow larger.

Most of the Trenbolone Acetate available comes from the commercial animal supplement Finaplix. Trenbolone Enanthate is another variant. It is similar to the steroid Nandrolone.

Trenbolone Enanthate is the stronger of the two Tren variants. Its composition allows it to survive the digestive system longer, giving it more time to deliver the steroid.

It is similar in strength and chemical composition to the Parabolan steroid, no longer on the pharmaceutical market, but still available underground as Trenbolone Hexahydrobenzylcarbonate, usually homebrew.

No matter which kind, you still need to stack Trenbolone with Testosterone. More details are to follow.

Athletes self-administer Trenbolone stacks, like other steroids, in a cycle. A cycle is simply a period of weeks during which the athlete takes the drug, and then stops to allow the body to recover from the side effects.

Cycles usually last six to twelve weeks depending on the person.

Either form of Trenbolone provides the user with a variety of benefits that will help improve training results.

However, the steroid will cause side effects, among them, a reduction in your body’s ability to produce testosterone.

You may hear or read a reference to Sustanon a “Sust stack” as a cocktail of testosterone variants but Sustanon, being a testosterone combo, is a good addition to any steroid cycle.

Parabolan is another Trenbolone variant, and you may hear of Parabolan stacks; however, it is likely the person is referring to Trenbolone.

Many bodybuilding athletes taking Trenbolone take a testosterone supplement along with it. “Stacking” is the method of taking several steroids or training supplements at the same time.

Trenbolone stacks usually include only testosterone given the drug’s effectiveness.

Side Effects From Trenbolone Stacks

Trenbolone stacks gave that Trenbolone androgens do not bind with estrogen, some believe this will cause problems with the joints and ligaments.

They cite a study that suggested low estrogen levels in post-menopausal women were the cause of joint pain, and that an estrogen supplement provided relief.

Therefore, the argument goes that Trenbolone is actually bad for the joints, and so Trenbolone stacks should include a steroid that aromatizes (reacts) with estrogen receptors like Dianabol.

You would have to lower the dosage of Tren in your cycle if you stack it with another anabolic steroid. Yet, be aware that no studies show that men suffer pain because of a lack of estrogen.

Trenbolone Stacked with Deca or Dbol

Some recommend starting a stacked Trenbolone testosterone cycle by using testosterone and Deca Durabolin or Dianabol, then later introducing the stronger steroid and dropping Deca. Presumably, this is to combat the lack of estrogen binding.

Deca Durabolin can cause bloating, and Trenbolone doesn’t. With Trenbolone’s fat reduction effects, this is a mass/cutting cycle.

If you’re looking for mass gains stacks after your cycle, you can try stacking Trenbolone with a mass-building steroid like Winstrol.

Stacking with a steroid lower on the androgenic scale but higher on the anabolic scale, like Turanabol may be an option for a gains stack.

Opinions from users in the forums will vary from user to user on what to stack with Trenbolone.

Most agree that Trenbolone gains are powerful enough on their own or to simply stack with testosterone or a testosterone supplement.

Trenbolone stacks may include other non-steroidal drugs. Besides Testosterone, some stacking drugs include an aromatase inhibitor, or other drugs or supplements to alleviate the side effects.

Trenbolone side effects can be the most toxic of any steroid, especially at the high dosages performance-minded athletes normally consume.

It is the main reason to be particularly careful when choosing a Trenbolone and testosterone stack.

Trenbolone poses the same problems that taking other anabolic androgenic steroids poses; you will have some difficulty with bodily functions regulated by the sex hormones.

These problems arise from the steroid’s androgens binding to progesterone receptors and the reduction in free testosterone.

Trenbolone stacks may cause cardiovascular problems. The androgenic properties increase the production of lipids involved in vasoconstriction, which may lead to high blood pressure.

This makes using Trenbolone stacks a bad idea for men already dealing with the disease.

Using Tren may also cause problems with the digestive system.

This is not due to the steroid itself, it is because of the way the chemists – or amateur chemists – create the drug. Trenbolone used in clinical situations for animals is in an oral form.

Athletes want the injectable form to get the most out of each dose. Those who make Tren use solvents to break down the oral form from a powder, and these solvents are toxic to the liver.

Chemists add an alkyl to the steroid to allow it to pass through the digestive system without deactivation by the organs. This is also toxic.

Testosterone Trenbolone stacks can be an invaluable addition to your nutritional supplement regimen. Given the side effects, however, learn as much as you can before starting your cycle. Use safer alternatives such as TRENOROL to be safe if actual steroids seem too risky for you.