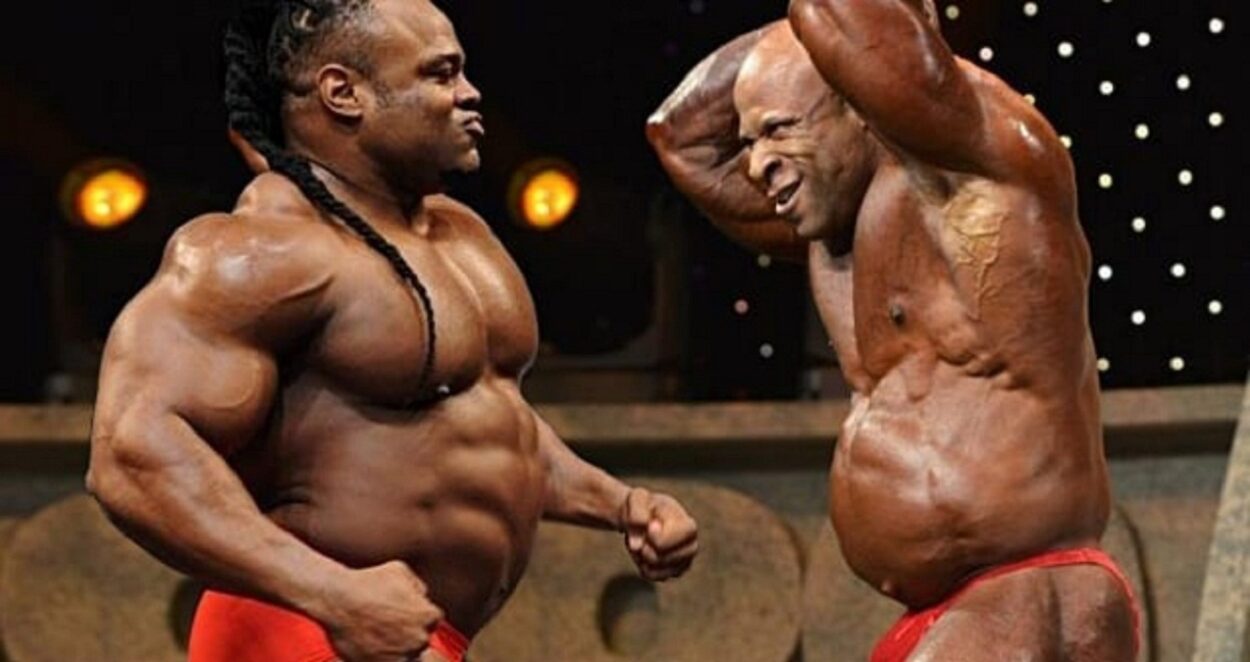 There are often a number of visible and not-so-visible side effects and symptoms of supplement use – but is steroid gut one of them?

If you’ve ever noticed a highly muscular man at the gym or at a bodybuilding competition and wondered why he still had a large belly area, you might have wondered how that is possible for someone who is so chiseled and lean everywhere else.

While “Steroid Gut” is related to the use of supplements, it isn’t always a direct result of using anabolic steroids.

Another term for steroid gut is palumboism, named after Dave Palumbo, an American bodybuilder.

Generally speaking, the look of extended bellies on bodybuilders started around the 1990s, especially as the use of HGH – or human growth hormone – started to increase.

Early on, the reasoning behind this increase was relatively unknown but researchers noted that HGH enlarged organs, thus enlarging the trunk width and capacity of stomachs.

There are a number of reasons why steroid or HGH gut occurs and it is predominantly caused by the combination of supplements and long-time use.

Professional bodybuilders typically use human growth hormones and a combination of other supplements for four to six months at a time to get ready for a competition.

And the dosage they consume is far greater than the supplements are designed to be used.

Another variation of the condition is known as Palumboism, which combines the expanded gut with diminished leg or arm muscles.

This form of steroid gut is thought to occur when there is a combined use of insulin, anabolic steroids, and human growth hormone – this combination is highly dangerous for the average individual.

Human growth hormone has a number of effects on the body and when combined with other supplements, could create some harmful physical effects.

According to the Harvard Medical School, growth hormone raises blood sugar levels and interrupts the natural production of insulin – in addition to increasing levels of insulin-like growth factor-1, or IGF-1.

Those in the bodybuilding world claim that taking anabolic steroids alone won’t cause steroid gut, but that it occurs with the combination of insulin and growth hormone.

Aside from the unusual expansion of the belly through the use of steroids and supplements, there are a number of life-threatening side effects that can occur when taking injectables or oral supplements.

They are also illegal and can only be obtained with a doctor’s prescription.

But that doesn’t stop individuals from purchasing them online through international or black market websites.

Though using steroids and human growth hormones without the expressed direction of a doctor is dangerous, it is even riskier to purchase these supplements from unknown sources.

There are a number of considerations to make, including what hidden ingredients might be in the formulas, the quality of ingredients, and even how the product was manufactured.

Why The Sudden Appearance Of Steroid Stomach?

If you’ve looked at images of bodybuilders dating back to the mid-century, you might notice the lack of steroid gut – but that is thought to be related to the lack of growth hormone use.

Using anabolic steroids alone won’t result in this condition, but rather when it is combined with other supplements – particularly insulin and growth hormone.

The effects these supplements have on the body put a tremendous toll on the overall health of an individual. For example, the organs inside the chest and abdomen expand – known as visceral growth.

There is also the mindset that more equals better when it comes to bodybuilders, which inevitably ends up resulting in copious amounts of supplements injected or consumed by the body in comparison to how and for what reasons the supplements were created.

A number of other dangerous side effects occur by using this combination of steroids, including diabetes and high blood pressure.

Signs of steroids belly bloat also extend out to the limbs – arms and legs are far smaller in comparison to the stomach and enter into a shrinking rate in relation to the growth of the abdomen.

If you do choose to combine human growth hormone with other steroids or supplements, you must do so at your own risk and use self-control as the potential for steroid belly (and other harmful side effects) increases the longer you use it.

In order to prevent steroid gut, use supplements sparingly and always cycle on and off them as directed.

If you are taking extreme amounts of steroids and supplements, there are a number of other conditions to be aware of aside from a bloated stomach.

Using steroids and combining them with other supplements is very dangerous and could have a serious effect on the overall condition of organs and overall health.

In many cases, steroid use is viewed as acceptable in the bodybuilding community – but there is always a good deal of risk. Steroids belly is often a sign of female steroid use.