Here we will discuss Calum Von Morger a professional bodybuilder.

And try to find out if Calum Von Moger is on steroids or if he is natural.

Calum Von Moger is also known as ‘Arnold 2.0‘, because of the fact he looks like Arnold Schwarzenegger’s clone.

Calum Von Moger is an Australian bodybuilder who has a similar accent to the Terminator.

Even though Arnold Schwarzenegger is from Austria, while Calum is from Australia they are two different parts of the world.

They both are hugely bulk with massive muscle mass on the upper body.

And these similarities between Arnold Schwarzenegger and Calum make him very famous among bodybuilders.

Calum has gained over 2 million fans on his Facebook page alone. 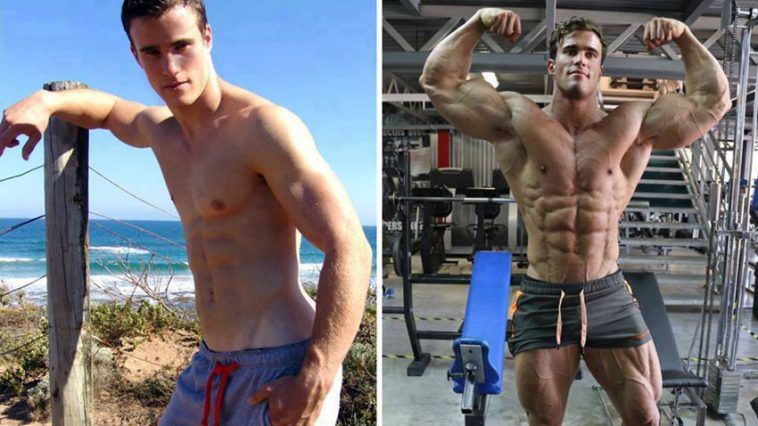 He was inspired by the bodybuilding programs featured on television.

So Calum starts bodybuilding at the age of 14.

Arnold Schwarzenegger was his inspiration to get into the bodybuilding world.

After starting or getting into touch with bodybuilding equipment in 2007 he didn’t gain much muscle and looks really lean and ripped.

But after some years he builds massive muscles and looks like Arnold Schwarzenegger and replicates the size and body muscle.

Such a massive gain can be achieved by using Steroids.

Or If …. he is natural??? then we have to believe that Calum Von Moger is a genetic freak. 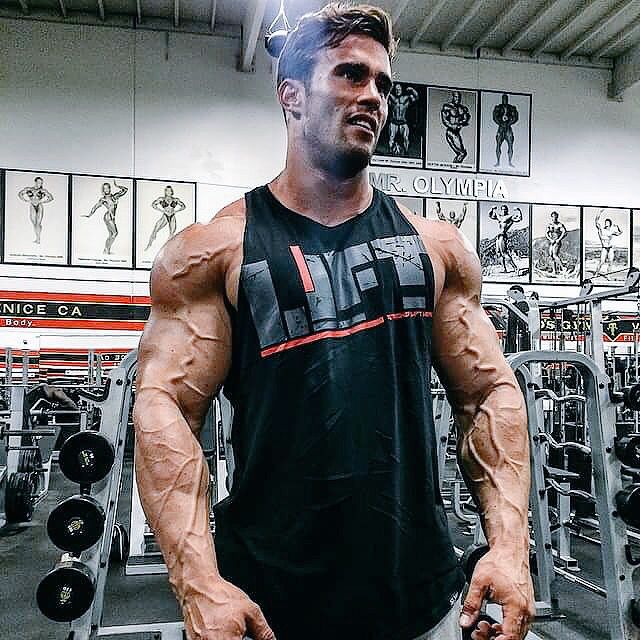 You can browse on google and take a look at some of these pictures on Instagram or Facebook so you can judge easily.

You will find Moger has some serious vascularity and veins are prominent on his arms chest and legs.

It can be possible to be vascular without using steroids but it’s most common in skinny guys.

But for someone like Calum, it is next to impossible without taking some steroids.

Because as we know using steroids can make skin thin which causes vascularity. 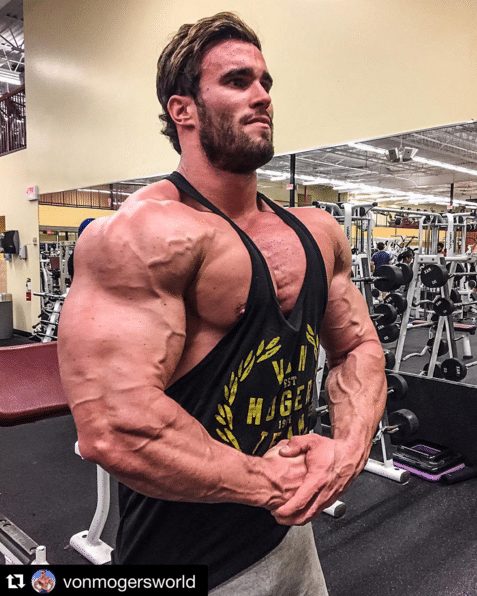 Calum has red/ flushed skin as you can see in this picture.

You can also browse some of his pics on google, where you will find red flushed skin which is the side effect of steroids.

Calumadmitted that he is not natural.

Hence it means he is using steroids that help him to get this massive physique.

But on another hand, he also wants to be silent about his transformation for the reason that he doesn’t want to disclose and promote any drugs.

In this video he said

“I never claim natural and I never deny that I took them (steroids), I just don’t talk about it publicly because It’s something that I don’t want to promote”.

Based on the evidence and video where he accepts that he is no natural, it seems like Calum Von Moger has probably been taking steroids to date.

Most noteworthy Dianabol and Testosterone are the Best Bulking Steroids used to get huge.

He’s most likely using these steroids in low doses to prevent bloating and water retention.